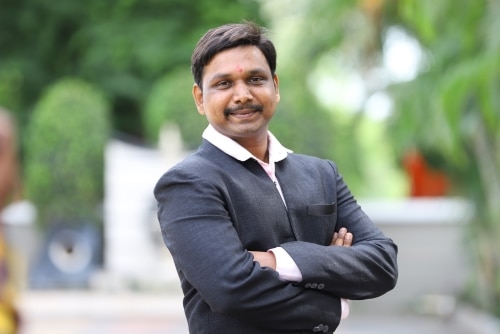 Euro 2020 will be the 16th edition of the European Championships. It is an international football tournament that normally happens every four years. It was scheduled to take place in the summer of 2020 but following the COVID-19 pandemic, it was postponed to 2021. Despite happening in 2021, the competition will still be called Euro 2020 instead of “Euro 2021”.

Euro 2020 is most probably one of the biggest international tournaments of this decade. The Euro 2020 tournament will be hosted by 12 countries. Euro 2021 is the most highly appreciated football tournament of the year, where Portugal is the defending champion. Being hosted by 12 countries, there is a wonderful chance for European football fans to be able to watch the action live without having to travel too far.

Euro 2020 is celebrating its 60th Anniversary. Most of the teams in Europe have been awarded with home advantages. This Euro 2020 will definitely be a breathtaking and exciting opportunity for all the football enthusiasts.

In this article, I will prepare you for this big and unprecedented tournament with some Euro 2020 betting strategies. We will also discuss the best Euro 2020 odds, as well as telling you everything you need to know about betting on Euro 2020.

Where?
Euro 2020 will be held across 12 host cities around Europe. The semi-finals and final will be held at London’s famous Wembley Stadium.

Who?
24 of Europe’s best international football teams will compete at Euro 2020. The tournament is made up of one,  group stage followed by a knockout stage.

Euro 2020 being a popular tournament across the world, it will have a huge number of fans. The tournament was introduced by UEFA and It is between the national teams of European countries which are selected through qualifying rounds. The opening match is scheduled in Rome (Stadio Olimpico), while the finals will be in London (Wembley). There aren’t any major changes in the national teams for each country, and we predict that that will stay the same for next summer as well unless any unexpected injuries happen. The qualifying stage has ended, and the teams that will 100% make it to the Euro 2021 are already known. 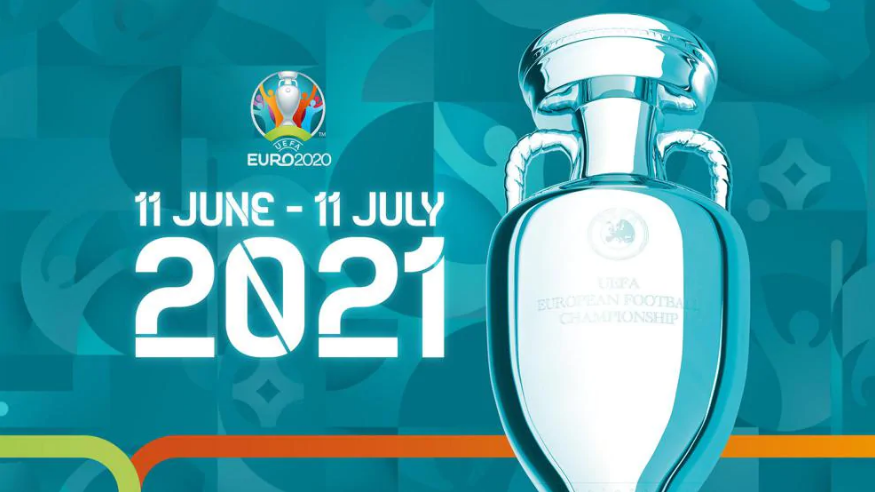 It is always better to understand the teams and their respective groups in the Euro 2020 tournaments. You can decide your betting strategy and odd selection based on the groups and Teams playing in it. Below summary is all about the groups and teams involved in it,

Group A has Turkey, Italy, Wales and Switzerland. Their games are scheduled in Rome and Baku.

Group B has Belgium, Denmark, Finland and Russia. Games will be played across Copenhagen and Saint Petersburg.

Group C consists of Austria, Netherlands, North Macedonia and Ukraine with matches to be held in Amsterdam and Bucharest.

Group D will have Croatia, Czech Republic, England and Scotland. Matches will be played in Glasgow and London.

Group E consists of Poland, Spain, Sweden and Slovakia. Matches will be happening in Bilbao and Dublin.

Group F has France, Germany, Portugal and Hungary. All teams will be facing off in Budapest and Munich.

Countries will be divided into six groups for the Group stages, and on June 11th, the first match will begin. The end of the tournament is set to be on July 11th, 2021. 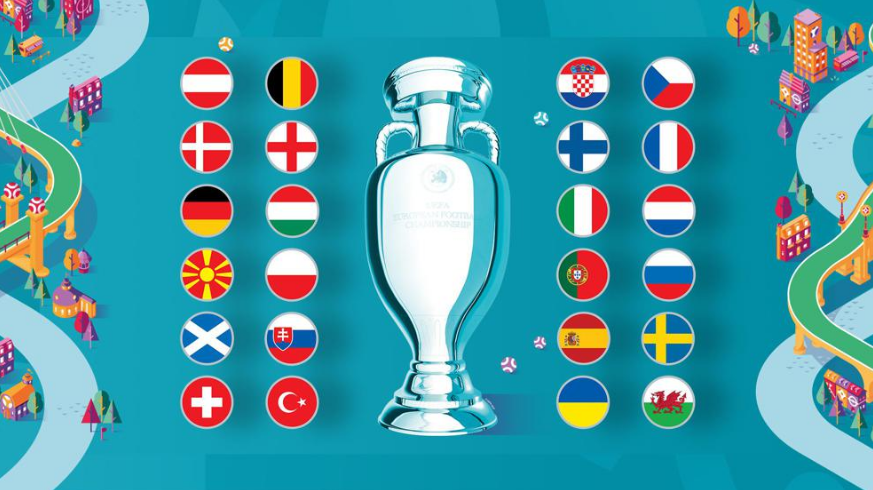 If you want to get the best Euro 2020 predictions for free, BetNinjas is the place to be. Our team of experts are extreme football fans who watch games non-stop and monitor the best players in Europe. You can always expect from us fresh Euro 2020 betting predictions paired with tips and the most competitive odds online.

You’ll have good enough time to do your own research, watch some clips from Euro 2020 qualifying and come to your own conclusions over the next few months. Below are a few of our top Euro 2021 predictions.

The Golden Boot award has been given to the best scorers since 1996. Till date, 6 players have won it including the legendary Zidane, Xavi, and Iniesta. Barcelona striker Antoine Griezmann won this award after scoring 6 times for runner-up France in 2016.

Romelu Lukaku has had a fine first season at Inter Milan and looks stronger and fitter. He has plenty of confidence into the tournament after good performances in both club and country matches. Belgium is always likely to score a significant number of goals, Lukaku will have every chance of grabbing a few goals.

France’s Antoine Griezmann was the top goalscorer at Euro 2016. He scored six goals – three more than any other player in the tournament. He is expected to be among the front runners for the Golden Boot at Euro 2020 too. His teammate Kylian Mbappe will surely run him close.

Many people will be focused on Cristiano Ronaldo though. If he plays even a single minute at Euro 2020, he’ll become the first ever player to play in five different European Championships.

Who will win the Euro Cup?

Our experts have ranked the teams most likely to defeat Portugal and win the trophy.

England – Early favorites for Euro 2020. The England team led by Gareth Southgate has emerged as a surprising candidate for the trophy. Hitman Harry Kane, the Three Lions are expected to have at least a good winning run.

France – According to most experts, France is the absolute Euros favourite. France is loaded with a talent led by Griezmann and Mbappe.

Belgium – Belgians finished third in the World Cup 2018 and are a major favourite for the Euros. Team is led by Eden Hazard,

Portugal – It is after all Cristiano Ronaldo team. The legendary player can turn any game in a second.

Portugal were the surprise winners in 2016, beating the strong favourites and host nation France in the final. France are again the strong favourites to win the European Championships after lifting the 2018 World Cup with an extremely talented team boasting the likes of Kylian Mbappe, Antoine Griezmann and Paul Pogba.

Which team will be the surprise of the tournament?

Poland is yet to make the most of their chances at a major tournament over the last decade. This time  Poland has the strongest squad. With so many of their key players at top European clubs, most notably star striker and skipper Robert Lewandowski of Bayern Munich, they should have every chance of making the semi-finals. .

Who will be the Player of the Tournament?

The title and award “Player of the Tournament” is given to the best player during each European Championship. The association decides it after the tournament is over. They decide based on everything that happened on the field during that month, and only the best players have the chance to get this title. Here are the top ten contenders for the award who have the highest chances of winning it next summer:

Fun88 Review Read Review
Good afternoon. Fun88 casino takes a long time to withdraw funds in order to lose their winnings. Bad attitude towards his players. I do not advise friends

PariPesa Read Review
Thank you for your comments! We do everything possible to become better!

20Bet Read Review
The best brand ever!! So excited about it and highly recommend!

Can I legally bet on Euro 2020 in India?
Yes. You Can! And you can also find the safest sports betting sites at BetNinjas in order to get the best Euro 2020 odds.
Why is the tournament called Euro 2020 when it takes place in 2021?
The UEFA tournament was initially planned from June 2020 to July 2020, but due to COVID Pandemic, the organisation decided to reschedule it to summer 2021.
Who are the Euro 2020 favourites?
We provided our best predictions in the above article. However, anything and everything is possible in Game ☺
When will the Euro 2021 final be?
The final is scheduled to be on July 11th, 2021, from 20:00 UTC+1. It will be held in Wembley Stadium.
Can we witness the Game in person?
Not sure yet. Fans might be allowed to go to the event in person.
Will the Euro 2021 be cancelled again?
No. UEFA has every intention not to cancel the Euro 2021 again.
Is it safe to bet with online bookmakers?
Yes, it is. As long as the bookmaker is licensed in your country of residence, you have nothing to worry about.
What are the top betting markets for regular Euro 2020 matches?
Besides outright markets, you can bet on certain popular markets during every match, like 90 minutes, correct score, both teams to score, over/under, handicaps, and more.
Will Euro 2020 matches have cash-out and live stream features?
As long as the bookmaker you are betting with provides these features, you will probably be able to use them on the available Euro 2020 markets and matches.
What kind of bets would be popular during the Euro 2021 tournament?
After the Euro 2021 begins and people focus on the matches, more other types of bets dominate the market, like match winners, both teams to score, correct score, draw no bet, and others.