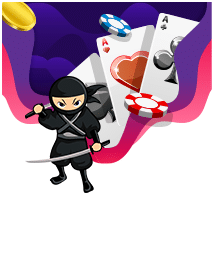 Order Games by the Following

All you need to know about Baccarat

One of the most exciting card games available on online casino websites is Baccarat. The game is quite similar to Blackjack and Poker, but I wish it was as well as these games. Do you want to play Baccarat but don’t understand how the game works? Well, thank the gods because here is a review that covers all about Baccarat and how, as an Indian player, you can make the most out of it.

Baccarat is a card game that is played against a dealer called “the bank” instead of playing with other players. The rules are also quite unique. What sets Baccarat apart from other card games is that it does not involve winning the best hand. The goal in any Baccarat game is to guess which is the winning hand, i.e., either you or the bank. A Baccarat game can also have a draw match, but it absolutely sucks that you cannot make any bets on tie results. You must be wondering which hand wins the ultimate game. Well, it’s the one that is closest to achieving 9 points. Are you feeling confused? Here is a better-reviewed point system to help you understand.

These basic things can have minor changes in different online casinos, but these are the general rules most Baccarat games go by.

The beginning of Baccarat is marked by giving 2 cards to the player(s) and the dealer(s) each. Below are the rules you need to remember.

Players- If a player’s hand has five points or less, they get a new card. If they have more than 5 points, they won’t get any cards.

Banks- A bank gets a new card on a few conditions:

All these may seem complicated at first, but with practice, you’d get how things work in Baccarat. The good part is that you don’t have to deal with the cards, which is also why you don’t need to remember these rules by heart. Just play the game, and the dealer will handle the rest of it.

Different online casinos provide different versions of the game. It would be a difficult task for me to mention each of those versions. Nevertheless, here are some of the most common versions of Baccarat:

To be honest, you can’t expect any tricks here when it comes to winning Baccarat, especially because the game is all about chances, and real strategies don’t really make much difference in your chances of winning. Of course, there’s this tip that instead of betting on the dealer’s hand, you can bet on the player’s hand to win more money. But, even then, it doesn’t mean that it can ensure your victory every time.

However, what you can do to minimize the risk of losing is that you can find the table which has a lower amount of decks. In general, there are 8 decks used, which involve 52 cards each. But, in some Baccarat versions, you can find fewer decks with more chances of winning.

Above all, remember that you are not allowed to count your cards when you play Baccarat. This is allowed in games like Blackjack. In Baccarat, it’s, what one may call, a kind of cheating. Online Casinos or real Casinos don’t allow it at all.

In a live Baccarat, multi-camera format streams live HD-quality video to your devices, enabling a variety of different looks for the game as it progresses.

A card that is face-up when dealt. Everyone at the table can see its value.

A betting option for players to wager that the next hand is a tie. It pays out at 8 to 1 at most casinos.

Also called a standoff or push, a tie is when the player and banker end up with the same value hand.

When both hands result in a tie.

A variation of Baccarat mostly played on the west coast of the United States of America. Only cards A to 6 and all face cards are in the shoe.

When the croupier freshly shuffles all the cards and places them in the shoe.

Another term for the banker.

The device that is used to hold multiple decks of cards. You’ll see them on the felt near the dealer in most table games.

A side bet that lets you wager on a series of hands in succession.

A version of mini-baccarat where a dealer sits in the middle of many computer terminals. Players at each machine make bets on a digital table layout.

A bet that isn’t winning or losing. Some tables count a tie as a loss while others let your wager carry over.

The French word for “player.”

A bet on the player’s hand beating the bankers’. It carries a house edge of 1.24% and is the second-best wager in the game.

One of the hands and betting options in the game. This term doesn’t refer to the participants, but usually, one of the two dealt hands.

A win in the game.

A long flat stick that croupiers use at the baccarat table to move cards around without touching them with their hands.

When the first two cards in hand equal an 8 or 9. This event automatically finishes the hand and payouts are rewarded accordingly.

Eight 52 card decks that get shuffled and used at the start of a new shoe.

A slang term for a ten or face card, all of which have a value of zero.

A form of Baccarat.

When a natural eight is scored with the first two cards.

When a natural nine is scored with the first two cards.

A bet against the bank is known as a loss bet due to the higher house edge.

The series of boxes and betting sections on the table’s felt.

The casino employee who oversees a traditional baccarat game.

The percentage that the casino wins over the player in the game.

A consistent bet made by a player without any fluctuation.

A term used at land-based casinos for placing your bets.

All cards with portraits of characters on them.

A technique where card values may be determined by small differences in the pattern on the back of cards.

A side bet where a player wagers on a hand winning by a margin of four or more points with a natural.

A card that remains face down when dealt

The person passing out cards at the table

A plastic card which is used to cut the deck and keep cards hidden while doing so.

To split a deck of cards into two stacks after shuffling them.

A casino authority that oversees the action at a table.

The unit a player gets to bet on a machine.

A single round or hand at the table.

Casino operators take a 5% commission on a player’s winnings.

Some forms of Baccarat that allow a player to have two hands.

A French term for when a player wants another card.

A token that signifies the location of the dealer.

The first few cards in a new shoe will be “burned” or placed in the dealer’s discard pile.

A variation of Baccarat where the bank is fixed and usually is house operated.

The dealer in some games and also a betting option. Banco is the French term.

Is online Baccarat legal in India?
Yes, it is legal in India.
Are the outcomes of Baccarat random?
Yes, the outcomes are completely random. Baccarat outcomes are not planned.
How can I bet at live Baccarat games?
To bet in live Baccarat, you have to select the chip value and click what you want to bet on- the player or the banker. It's quite similar to regular online Baccarat.
Is online Baccarat better than Baccarat in a real casino?
Playing Baccarat online provides many advantages, such as the ability to play at anytime and anywhere. Plus, the availability of minimum bets is more friendly towards Indian players.