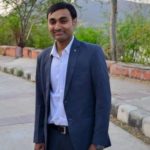 Yogesh Gupta
Hey everyone! I am Yogesh, a passionate gamer and writer. I never wanted to love what I do, so I rather did what I loved! Interesting, isn't it? I have always loved gaming and now I write about various gaming websites and online games. Other than this, I just play!

The Money Train 2 slot game is the sequel of the well-known slot Money Train. Relax Gaming designs the game, and they have supplied this slot game to many online casino sites.

People who have enjoyed playing the 1st instalment of the Money Train series will surely enjoy this slot game. The game will keep you engaged for a long time and has a wide range of bonuses, including the 20x to 200x multiplier.

The look and feel of Money Train 2 are pretty much the same compared to the original one. Let’s learn more about this unique slot game.

How to Play Money Train 2?

Money Train 2 has straightforward gameplay, and the online slot game is highly rewarding and entertaining to enjoy playing it. So, how to play it? Here are the steps you should follow:

The Hot and Win Slots

Both the first and second versions of Money Train have greatly influenced the designs of various other Relax Gaming slots, such as the Hot and Win feature. Chip Spin from Relax Gaming is one of the slot games that utilize this particular feature in its bonus game.

Under this particular feature, players have to gather all the symbols that contain all the cash values. The Sniper and the Collector play the same part just like in Money Train 2. It’s guaranteed that players will surely have an exciting gameplay experience.

The coolest part about the Money Train 2 slot game is that it has symbols, and each of them comes with a reward. They are:

The Money Train 2 by Relax Gaming also contains some outstanding bonuses, which you will learn about through this section. These bonuses are:

The Money Train 2 slot game is a 5-reel slot with 40 paylines. The slot games carry an RTP of 96.40%, and the top prize is 50,000x your stake. There is also some difference between Money Train 2 and its Money Train as well. Here is a comparison between the two games.

When Money Train was released, the creators added a max win of 20,000x. But in Money Train 2, Relax Gaming decided to increase the amount to 50,000x.

The thing that sets Money Train 2 apart from the original version is the bonus game. There is a re-spin bonus, which was not present in Money Train. This bonus is triggered with just two bonus symbols.

Also, for all the wild-west lovers out there, we recommend that you check out Dead or Alive 2 slot by NetEnt.

It has a maximum payout of 50,000x.
Has an impressive design.
Has bonus features.
The gameplay is pretty exciting.

The game doesn’t have any free spins.

Here in this section, you will find the Money Train 2 slot game ratings.

Money Train 2 has become extremely popular among all the players. They are available on many online casino sites and offer an exciting gaming experience to all the players.

Make sure to check out this spectacular slot game and also recommend it to your peers.